If you suspect you may have macular degeneration, contact our expert eye care team at Atlanta Vision Cataract & Laser Center in Atlanta, GA. Our team helps patients in the Atlanta, College Park, East Point, and Hapeville area.

What is Macular Degeneration?

Macular degeneration is a progressive eye disease, typically seen in older people, distinguished by gradual vision loss in the central part of the visual field. It’s the primary cause of serious vision loss in individuals 60 years of age or older. Because the condition continues to develop, as a person grows old, it’s commonly known as AMD (age-related macular degeneration). Even though the disease is virtually never a complete and absolute blinding disorder, it can, however, be the cause of visual impairment.

There are two forms of AMD: 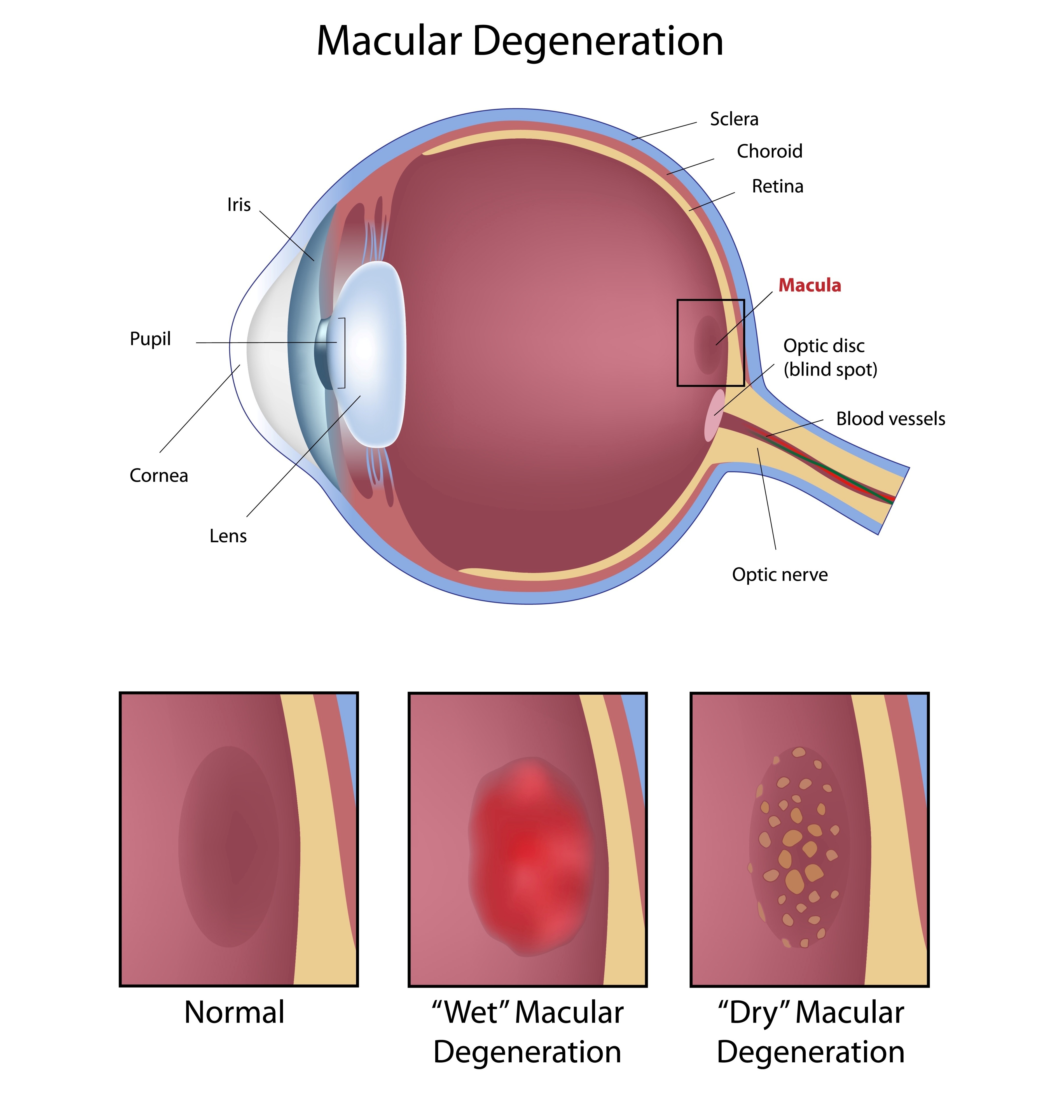 The dry form of AMD is characterized by the existence of yellowish deposits known as “drusen” in the macula. A few tiny drusen may not produce noticeable changes in a person’s vision. But, if they keep growing in size and proliferating, they could result in a distortion or dimming of vision that individuals notice the most when they try to read.

The wet form of AMD is characterized by the development irregular blood vessels from the choroid just beneath the macula. This is referred to as choroidal neovascularization. These particular blood vessels tend to leak fluid and blood into the retina producing distorted vision that makes straight lines appear wavy. Other aspects include blind spots and central vision loss and may lead to a complete loss of central vision in someone. If you’re experiencing any of these symptoms, contact an ophthalmologist at Atlanta Vision Cataract & Laser Center as soon as possible.

Most people with AMD have the dry form and generally lose some part of their central vision.However, the dry form can also eventually lead to the wet form.

What are Common Risk Factors for AMD?

AMD is more widespread in the elderly. In fact, it’s the primary cause of a serious loss of vision in people age 60 and over.

AMD may have a hereditary aspect, which means it could possibly be passed along from generation to generation. If you have a family history of AMD, the risk increases for developing the disease. Here are some other risk factors:

What are the Symptoms of Macular Degeneration?

In the initial stages of AMD, no noticeable symptoms may be present until it affects both eyes. Usually, one of the first signs of AMD is a blurry, dim spot in the center of your line of vision. The spot may darken or grow bigger in size over time.

Symptoms of AMD include the following:

What Treatments are Available for AMD?

Presently, there isn’t any cure for AMD. However, treatments may work to prevent further vision loss or diminish the ongoing progression of the condition a great deal. Many available options include:

Atlanta Vision Cataract & Laser Center gladly accepts most all insurances and health plans. If you don’t see your insurance provider, please contact our office. Also, please be sure to bring your insurance card with you every time you visit and notify the front desk whenever your insurance coverage changes; this way we can accurately maintain your important medical records.

Words from our patients